T in the Park July Minibus and Coach Hire

T in the Park festival, a three-day Scottish music festival, is held almost every year in July. It's named after the brewing company Tennent (its main sponsor). The festival was originally held at the Lanarkshire-based Strathclyde Park from 1994 to 1997. From 1997-2014, it was being held at the disused Kinross-shire-based Balado airfield.we provide minibus and coaches of all sizes  for this festival choose 8,12,1,6 seater minibuses and for bigger groups  for  24 seater mini coaches 33, 49 seater coaches to hire

In 2015, the event moved to the Strathallan, Perthshire-based Strathallan Castle. Originally a 2-day event, T in the Park festival became a 3-day event in 2007. The promoter of the event is DF Concerts, and it attracts more than 255, 000 people with 70,000 campers, drawing fans from across Europe and Britain. According to DF Concerts, 20 percent of the crowd consists of people from outside Scotland and about 2 percent attending from overseas.
Besides the main headline acts staged, the festival offers several smaller tents, hosting various activities for the attendees, which includes a dance tent as well as a signing tent where people can get things signed by their favourite artists.

Geoff Ellis and Stuart Clumpas founded T in the Park in 1994 as a joint venture between Tennent's Lager and DF Concerts with assistance from MCD Productions (an Irish promotion company). In 2001, Clumpas left as one of the organisers and sold his commercial interests in the festival.Ellis, the current festival director, was involved from the beginning. In 1992, Ellis came to Scotland to manage King Tut's in Glasgow. In 1994, he organised the first-ever T in the Park event with small bands playing to 17,000 attendees at Strathclyde Park, Lanarkshire. 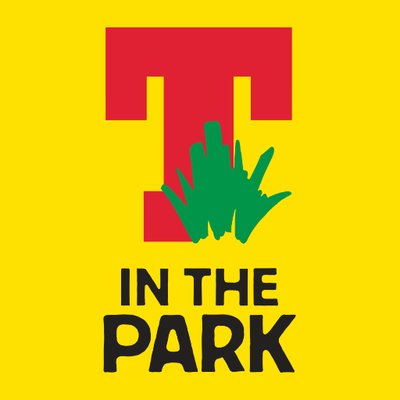