During the 2000s, the influence of United States TV shows made school proms to become common in UK schools. In 2012, the Daily Telegraph reported that over 85% of Britain schools hold school Proms. That include no-frills dinners held in school halls and tailor-made extravaganzas in 5-star hotels with such extras like photo booths and ice- cream vans. We at national minibus hire can arrange all your school prom services and furthermore arrange prom or pay a professional organisation to organise it. Prom organisers provide things needed for the special event such as clothes, music, food, balloons and party location.

Schools in Northern Ireland, Wales and England predominantly hold their school formal or prom, when the secondary education ends in year 11 (ages 16 and 15) and the end of the sixth form (aged 18), specifically for those who continued schooling.

In Scotland, it normally only takes place at the completion of S6 (ages 17 and 18) because each high school in Scotland has students up to 18 years of age. Elsewhere in the United Kingdom, pupils have to attend college and study for A-Levels. Usually, proms are held in June every year, after the completion of year exams.

At the formal events in Scotland, boys wear kilts (which are worn in the other Celtic regions as well) and Highland dress outfitters usually sell out around that time of year. This is due to the high demand for the school events. In Scotland, it's customary for traditional SCD (Scottish country dancing) to be included. It's part of the secondary schools' curriculum.

Here are some of the 2018 prom dates for schools in the UK: 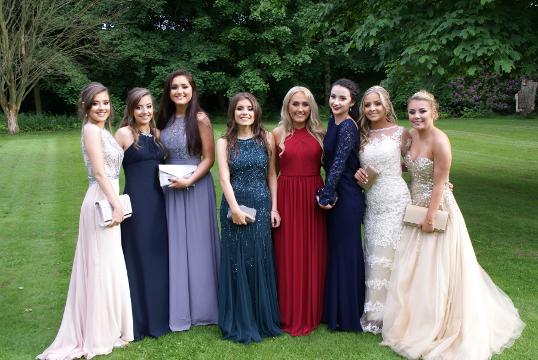